There are many advantages to municipalities when they create pet-friendly communities. People are healthier and better adjusted mentally when they have well-cared-for pets. Pets provide companionship, dog walking encourages exercise, people who have pets tend to be more likely to get to know their neighbors as they are out walking their dogs.

There is a flip side to creating a pet-friendly community. It also needs to be a responsible community that encourages responsible pet ownership and control of feral pet populations while supporting families with pets that might have fallen temporarily on hard times. Pet-friendly communities can have many faces, but there are some basic attributes that might apply in all areas. 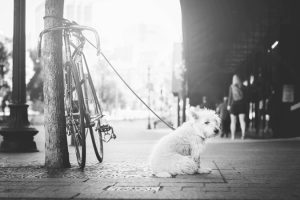 One of the leading causes of families surrendering their beloved pets to an animal shelter is having to move into housing that does not allow pets. By providing pet-friendly housing and even pet-friendly shelters for the indigent, pets can be kept with their original families rather than adding to the occupants of already challenged animal shelters.

Providing clean, attractive animals shelters that encourage visitors can improve the health and well-being of animals confined there and encourage adoption. Pet fostering gives challenged pets who have been mistreated or that have medical problems a chance at life – and at becoming part of a loving forever home.

As wonderful as cats can be, a single queen cat can produce as many as two dozen kittens in a year’s time. This can strain a family’s ability to find homes for kittens. A spayed or neutered cat can be a loving companion and friend for as many as twenty years when kept as a pampered house pet.

By contrast, a feral cat is doing well to live as long as five years. A colony of feral cats can become a conservation nightmare. Spay, neuter and release programs have been shown to prevent more cats from moving into a territory while controlling the cat population.

Obesity can become a problem for house pets as well as people. Off-leash dog parks can encourage both dogs and people to get out-of-doors. Romping with your dog, giving him or her a chance to socialize, and meeting other pet owners can help relieve loneliness and increase activity for pet and owner alike.

Service animals are already allowed in places that ordinarily don’t allow the entrance of ordinary dogs or cats. Many areas ban the public appearance of four-footed family members for a variety of reasons, including fear about safety, insurance considerations, sanitation and concerns over allergies.

By setting aside areas where dogs, and even leashed cats, might be welcomed creates companionship opportunities for humans and their animal friends. It also relieves considerations such as what to do with your dog while you are in the store – especially in areas where a parked car can quickly become a death oven.

Sanitation Stations for Dogs – and maybe even for cats

Taking your four-footed friend out to do his or her business out of doors relieves housekeeping stress at home, but can create streets and walking paths that are unpleasant for everyone. By providing sanitation stations that include bags for picking up feces, as well as a place to dispose of the bag, walking paths become better for everyone.

Education Programs for Pets and People

Caring for and training a pet doesn’t necessarily come naturally. Offering classes – both free of charge and classes for a fee – can help improve pet families abilities to interact with each other and with people who do not own or want to own a pet. A well-trained pet is much more likely to be acceptable to others than a pet that engages in antisocial or scary behavior.

These are only a few of the many ways that the lives of pet owners and pets can be improved in the municipal setting. For more ideas read the pet-friendly guide from Mars Petcare, a document produced in collaboration with the U.S. Conference of Mayors.