There are certain benefits to having a dog such as improved heart health, lower blood pressure, reduced cholesterol, and decreased triglyceride levels, among other wonders, but today we thought we’d throw in some additional benefits that you may not have considered before. Here are ten (of the many) benefits of why having a canine companion is one of the best decisions you’ll ever make Exercise More

If you’re looking for inexpensive ways to get a workout done, you might consider walking with a four-legged companion. While other pets have positive effects on your health as well, dogs have the added benefit of needing to be walked and played with numerous times a day. This means that many dog owners are getting 30 minutes of exercise a day, lowering their risk of cardiovascular disease. 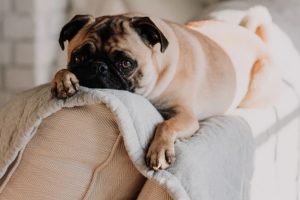 Whether you have kids or not, having a fur friend is beneficial for the entire family. For example, having your kids grow up with a dog can do wonders for their development and their mental health. Having a dog will give anyone a reason to go back home at the end of the day. Other benefits of a dog in the home include promoting self-esteem, stress relief, improving relationships, and stimulating communication. So, if you were thinking about giving in to your kids’ pestering for a new puppy- you might want to!

The kind of dog you have and his behavior tells people a lot about your personality. Studies say there is a clear correlation between people’s personalities and the dog they own; for example, people who own toy dogs tend to be more intelligent, while people with Dalmatians and Bulldogs were more conscientious. Other studies have shown dog owners are usually more outgoing and friendlier than cat owners. Dogs seem to take on their owner’s personality traits, so if you fly off the handle all the time, that might be the reason why your dog is so aggressive.

Being able to talk to your loyal friend without a string of judgment can be one of the most liberating things you can do. Who hasn’t told their dog, some of the biggest, darkest secrets? And when you do, all you get is a big wet nose slobbery lick instead of a judgment face. There’s literally not a single thing in the world that would make your dog not like you. Having a dog is the gift that keeps on giving. Pure unconditional love.

A More Empathetic You

Researchers found that even though there’s not a link between pet owners and empathy, when dividing the groups between dog owners and people who own other pets, dog ownership was associated with higher empathy. So why did they find no results for pet owners as a whole? Cat owners were not associated with lower empathy, but you be the judge of that.

A Dog Makes You Smile

Besides loving you unconditionally, a dog’s silly and joyful attitude will always make you love them (even after they ate an entire chair or your favorite pillow). It doesn’t matter if your dog is going bonkers with a case of the zoomies, nudging your legs for attention, or furiously scratching the couch trying to get it ‘just right’ before they settle down, chances are your dog does something hilarious on the daily. Who can resist cracking a smile when your dog has no idea just how cute and weird they’re being.

No More Stress At Work

Companies are now catching on to this new trend because of its multiple benefits: bring your dog to work. Studies show that people who interact with a pet while working have lower stress levels throughout the day, while people who do not bring a pet see their stress levels increase over time. Dogs in the office also lead to people taking more breaks, to play with or walk the dog, which makes them more energized when they return to work. This, in turn, has been shown to lead to much greater job satisfaction and productivity.

Polls show that people trust other people on the streets more if they are walking their dog. Walking your pooch around the block or visiting the closest dog park, is a great idea for making new friends. Even if you live alone, having a dog has the same benefits of having a human friendship. But trust us, if you walk your dog on a daily basis, you won’t be alone for a long time.