Stress and anxiety seem to be part of modern day living, and it has been found that having a pet helps relieve the feeling of unhappiness or tension. But it can be difficult to manage a pet in a city, especially in a condo or planned housing area. A homeowner’s association is usually established to help maintain standards in a neighborhood, and to set out conditions for certain activities. Having and managing pets often falls into this area.

1. Provide clear expectations to anyone moving into an area.

New homeowners are often surprised when they discover that owning a home doesn’t always mean getting to do whatever they want with their property. Insist that HOA regulations be included with any purchase contract so that new buyers can be made aware of neighborhood regulations. Be sure to include any restrictions on animals, such as numbers that can be owned, leash laws, spay and neuter regulations and any other city or neighborhood ordinances concerning pets.

Consider grandfather rules for changes after the fact.

The Internet abounds with stories where families who have had the same pets for many years being impacted by newly made rules restricting the number of animals a family might have. While there might need to be some limits (for example, the new rule might have been created to restrict a homeowner who is acting as a breeder or one who has an excessive number of pets), a grandfather clause would allow homeowners who have had three to perhaps five dogs for many years to retain their elderly pets. 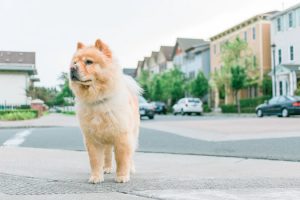 An outdoor pet run does not need to be unsightly. There are a number of cute designs that can keep all sorts of pets secure while allowing one or more animals to get fresh air and sunshine. Pets, like children, benefit from sunshine. Put in doggie clean-up bag dispensers throughout the neighborhood.

This encourages dog walkers to clean up after their charges and cuts down on transmitting diseases through uncontrolled open-air feces. Plus, it is just simply more pleasant to walk your dog if you are not having to watch out to keep from stepping in previous deposits from other animals.

3. Install a fenced dog park where canines can exercise off leash.

Dogs of any size enjoy a chance to run and play without restraint. In areas where having large, fenced yards is simply not an option, a dog park creates a space where dogs can simply be themselves. Although some restrictions would have to apply, such as not being aggressive toward other dogs, even thirty minutes a couple of times a week can go a long way toward increasing canine happiness.

Invite a veterinarian who specializes in pets to set up shop in the neighborhood, as well as other pet services.

Easy access to an animal doctor makes it easier for pet owners to comply with spay and neuter regulations, and provides a good place for medical help for pets. A well-cared for animal shares many of the same needs as a young child – good food, regular check-ups and vaccinations.

Pet services could include a store that sells pet supplies, but could also include a facility that offers regular training for dogs, and tutorials for owners.

Responsible pet ownership includes feeding, grooming and walking or otherwise providing exercise for pets. It also could include clean-up to prevent odors, restraining aggressive animals, and generally practicing good citizenship. Not all pet owners or pets are created equal. In fairness to other pet owners and to non-pet owners, the Home Owner’s Association might need an “out” for dealing with pet owners who are not behaving in a responsible way. Irresponsible “pet parents” can cause problems for families who do care for their animals appropriately.

Pet ownership is a complex responsibility. Dogs, cats and other animals that have been a part of a family for a long while become an important part of social interaction. They serve as companions for people who live alone and can provide emotional stability for people who have trouble opening up to other humans. With that said, the animals have needs that include food, shelter, and a protective environment. A thoughtful HOA can promote responsible, loving care for its animal residents.