There are many reasons why we love dogs. For starters, dogs are unconditionally loving, cuddly, playful, always there when you need them and serve as the best kind of companion. There’s no question dogs are humans best friends. But do you know all there is to know about your best friend? Here are 10 interesting facts about dogs that will help you understand your pet a little bit better. 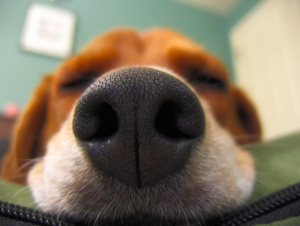 With over 300 million olfactory receptors in their noses, yeah, dogs have a crazy sense of smell. How crazy? Crazy enough to sniff out one teaspoon of sugar in a million gallons of water (two Olympic-sized swimming pools) or one rotten apple in a barrel of two million apples.

2. The Average Dog is as Intelligent as a Toddler 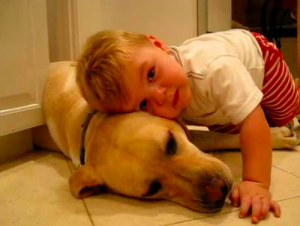 Sure, dogs are no Einstein, but they understand us a lot more than we think. Like humans, dogs show basic emotions like happiness, anger and disgust. Average dogs can learn about 165 words, signals and gestures with dogs in the top 20-percent averaging up to about 250 words. Some of the smartest dogs include: Border Collies, Poodles, German Shepard, Golden retrievers, Dobermans, Labrador retrievers and Shetland sheepdogs. However, what dogs lack in intelligence, they sure make up for it everywhere else.

3. Dogs Can See Colors Like Blue, Yellow, Green and Various Shades of Gray 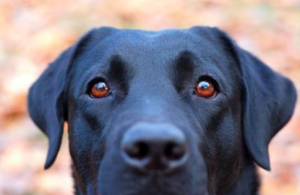 It’s a myth that dogs only see in black and white. They’re not color blind like we’ve originally thought. They see different shades of colors, but not nearly as rich or as saturated as humans.

4. Dogs can be Therapeutic 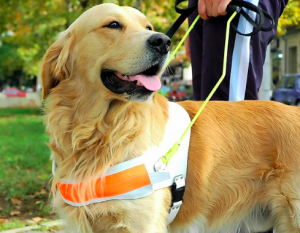 Yup, dogs can help relieve stress, anxiety and depression. Playing with or petting a dog can help increase levels of oxytocin, a stress-reducing hormone and decrease the production of cortisol, a hormone that causes stress. Dogs are a great social support. You can always talk to them and know they’re not going to judge you.

5. Humans and Dogs Have Been Best Friends for About 33,000 Years 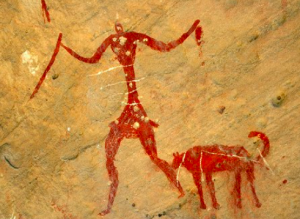 After many generations of wolves scavenging alongside humans, an unbreaking bond was formed. Talk about loyalty at its finest.

6. Dogs Drink Water by Making the Backs of Their Tongues Into Mini Cups 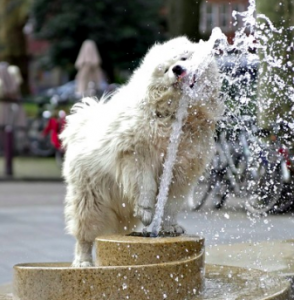 Mind = blown. What you thought was careless lapping was actually an ingenious skill dogs developed to drink water. Even though they drink water sloppily, it still gets the job done. They’ve managed to master the fastest way to take the biggest sips. That’s unquestionable skill right there.

7. Dogs Only Have Sweat Glands in Their Paws

Dogs can’t cool down through their skin the way that we do. The only way for them to sweat is through their paw pads. On a hot day, it would definitely help to wet the bottoms of their paws. Even then, dogs have another method to help cool down: panting. Panting helps circulate the necessary air through their bodies to cool down.

8. A Dog’s Whiskers Can Help Them Get Around in the Dark and Warn Them About Danger 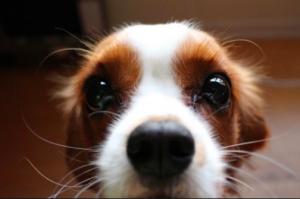 Okay, it’s not the most glamorous super power, but it is pretty super. The same way that humans use their hands to touch the world, dogs use their whiskers. Their whiskers are packed with nerves that send sensory messages back to their brains. Any changes in air currents or vibrations can help a dog sense approaching danger and “see” objects more clearly, even in the dark.

9. Dog’s Can Tell Time and Miss You When You Are Gone

Oh, yeah, dogs have a sense of time. How do they tell time? Through circadian rhythm. All animals have circadian rhythms and biological clocks. Dogs also know our routines, even better than we do most times. They know they are about to be left alone as soon as you pick up your keys. It’s a conditioned behavior. And depending on the varying time periods for which a dog was left alone, they’ll respond with different levels of enthusiasm.

10. Dogs Can Smell Your Feelings 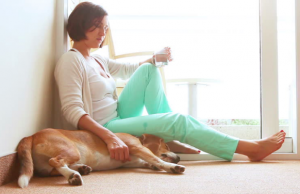 Think about how easy forming human relationships would be if we could just smell the other person’s feelings. Dogs can pick up subtle changes in just by your scent. Changes you didn’t even know were happening! They can figure out how you’re feeling by smelling your perspiration, especially if you’re scared or nervous. Not only that, but they can detect certain diseases and even know if someone is pregnant. Just another amazing reason why dogs are awesome.